My little one hasn’t been the best sleeper at night. He’d fall asleep then jostle himself awake five minutes later. Occasionally, he’d let me sleep for an hour. 🎉

Let me say, I’ve tried everything to soothe his colic nature. I tried store bought gas drops, I tried changing my diet, I tried using formula, I tried taking him for car rides. Nothing would help him settle.

So, I found a website that suggested using catnip and fennel seed. Naturally, I thought “I’m not giving my kid catnip!” But further research changed my mind. Catnip you give to cats and catnip herb are used in two totally different ways. Did you know catnip has been praised for its soothing properties for centuries? Neither did I. But the benefits of catnip have been long known and used by many. A mild tea made from catnip is said to improve digestion, help insomnia, and calm nerves.

I made a tea for my son last night to see if it would help him. I used two teaspoons catnip and one teaspoon fennel seed. I added it to one cup of boiling water, and let it steep about twenty minutes. Once cooled, I gave my son a small dropper full. I’d love to say the results were immediate, but they weren’t. He was still rather fussy. I took him for a short walk outside and finally fell asleep. He slept for five hours. Let me say that again FIVE HOURS! This little boy who never sleeps more than an hour finally slept!

I’m praising the Lord and catnip tea for a good nights sleep! 💞 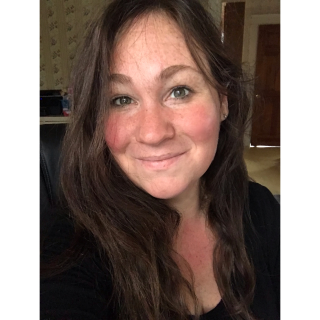 It’s supposed to be really hot here this week, so indoor activities are a must. . One of children’s favorite activities is building with their bristle blocks from @picassotiles. I love watching how creative they are and see their imagination come to life! These blocks are a must have toy for kids. 👍🏻 . Click the link below to find them on Amazon. . https://amzn.to/2LUSM1w . . . . #picassotiles #picassotoys #bristleblocks #toddlerplaytime #playtimefun #stemeducation #stemtoys #sensoryplayideas #sensoryplay #sensoryplaytime #toddlertoys #kidtoys
I hope everyone is enjoying this Memorial Day weekend. The weather is beautiful and sun is shining! What are your plans for the weekend? . And let’s remember to take a moment to honor and mourn those who have passed while serving in the military. Freedom isn’t free. . . . . . . #memorialdayweekend #memorialday #memorialweekend #familybbq #familyfuntime #weekendbaking #peachpie #sundayvides #southernfood #williamsonoma #merica🇺🇸
Adeline is living the life of luxury in her new @cybex_usa Priam with wings designed by @itsjeremyscott! . Absolutely gorgeous! I am in love! Thank you @hautehouseflower ❤️ . Swipe to see more cuteness!🥰 . . . #cybex #cybexstroller #luxurystroller #fancypants #feelinglikeamillionbucks #babyshowerideas #babyshowergiftideas #babiesofinsta #adelinemarie
It’s always a good day when your daughters room is clean! . Elizabeth loves her new bed from @deltachildren. The new Rose Pink Upholstered Bed is the perfect bed for her. She loves everything pink! . Delta Children makes quality children’s products at an adorable price. They’re our go to brand! . This bed is currently available on the Delta Children website and on Amazon for $249.99. . #deltachildren #childrensfurniture #childrensbedroom #kidsdecor #kidsfurniture #bigsister #littlesister
Love this lil guy. 🥰 . . . . . #jonathanhenry #19monthsold #littletikes #toddlerplay #tinytractor #toddlertoys #littlebrother #bigbrother #secondyoungest
Adeline loves her time thanks to the Tunny Time Mobile Entertainer by @tinyloveglobal! . The upside-down revolution makes it easy for her to focus on and stay entertained. The lights and sounds are fun and engaging. It also comes with a clip so it can be used on the go! . Check out more in my stories! . #UpsideDownRevolution #sponsored #TinyLove, #TummyTime #DevelopinStyle #babyplayideas #babyplaytime #babymobile